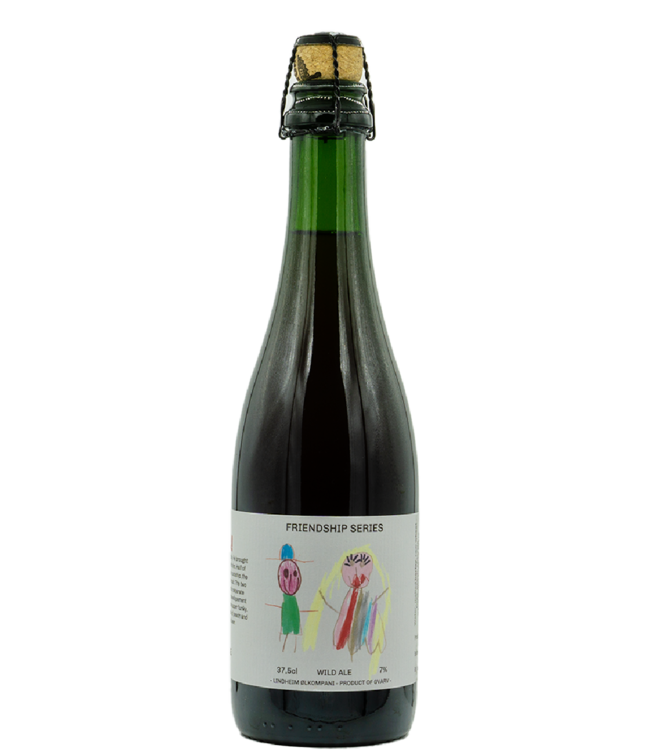 "Kevin from Cascade Brewing stopped by. He brought some Oregon grown organic malt with him. Half of this collaborative brew ended up in our coolship, the other half was inoculated with Kevins malt. The two halves were fermented and matured in separate barrels to observe any differences in developement (nerds). One barrel was really sour, one super funky. Then we blended them and added loads of peach and cherries. Ta-daa —> sour fruit beer."

Wild Ales with peaches and cherries