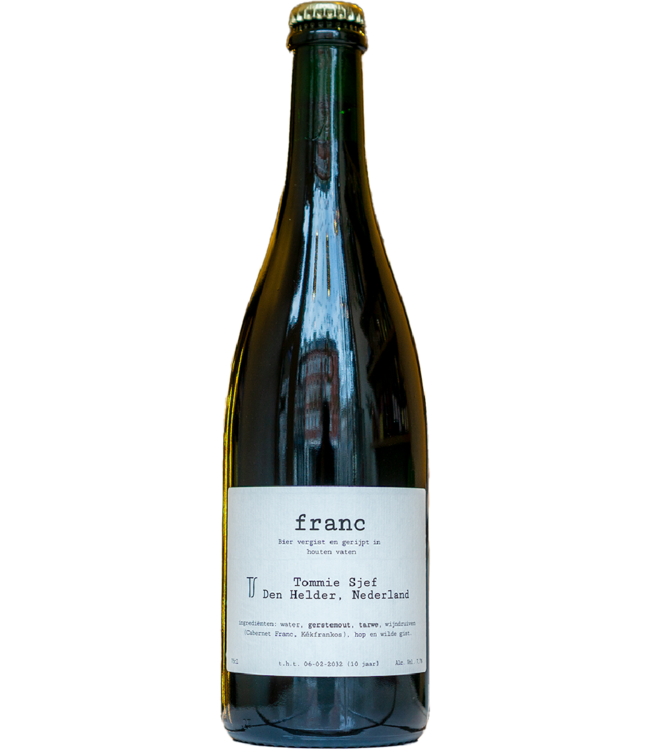 "Franc is a wild ale with Cabernet Franc and a touch of Kékfrankos red wine grapes. After maceration with the grapes, we aged the beer further for another year and a half on a foeder that previously contained Amarone wine from Veneto, Italy. This rounded out the beer and gave it more complexity and depth. Before bottling we added a small amount of a comparatively younger beer with Kékfrankos grapes, to give the overall blend some freshness. It starts with a delicate aroma of fresh strawberries, cherries and rose petals, followed by the wine notes of the barrel and some funk. In the first moments of tasting the beer you will get jammy red fruits like blackberries, cherries and raspberries, after which fresh plums and roasted bell pepper follow. The barrel gives the beer a rich spicy, almost chocolaty and smoky flavour. "